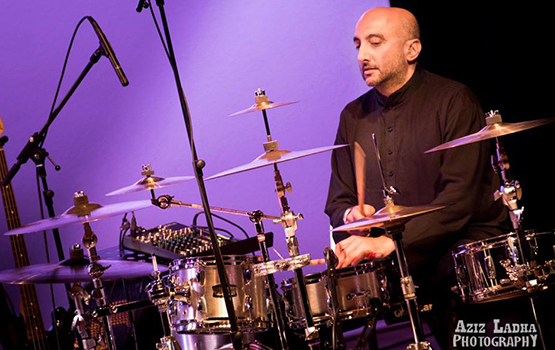 Sandy (Surinder ) Khairah has a great ear for music from rock to jazz fusion to Classical Indian. Picking up the guitar on his own initially and later with a teacher for a short time, he is well versed in both eastern and western styles of music. His passion in drumming started at a young age and carries on until today. He started learning drums from an accomplished local drummer and percussionist Mike Michalkow and has studied with drumming greats like Dom Famularo and Chuck Silverman, among attending countless drumming clinics from internationally acclaimed drummers that have come through our city. Learning tabla with Amarjeet Singh, his drumming style shows a fusion of western, jazz, Latin rhythms with hints of Classical and popular Indian grooves. A director at Naad Arts Centre, Sandy has since accompanied local performers on the drums and guitar.